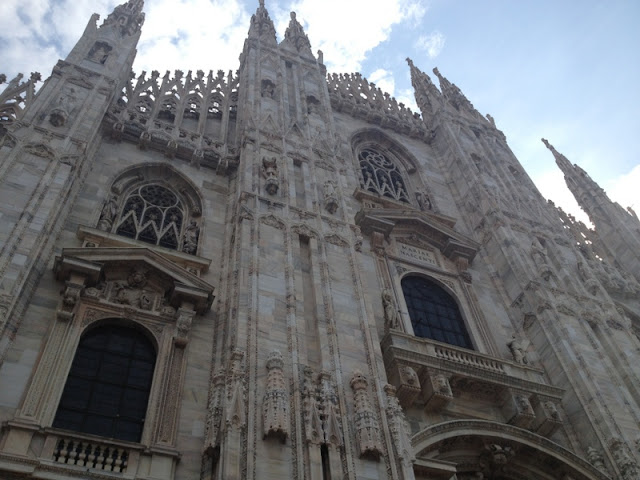 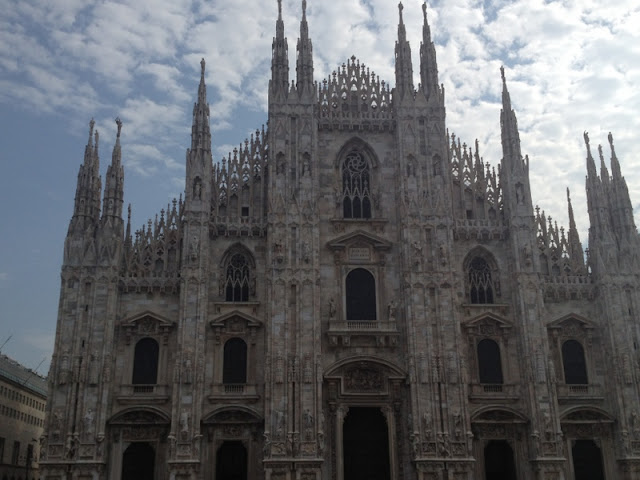 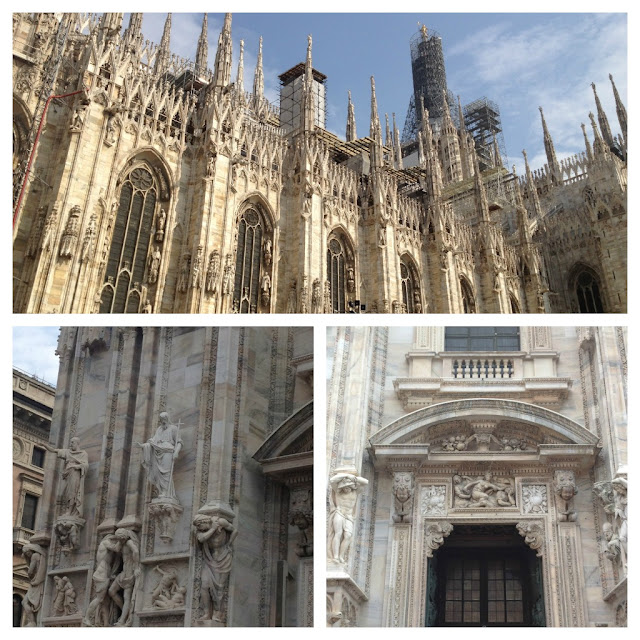 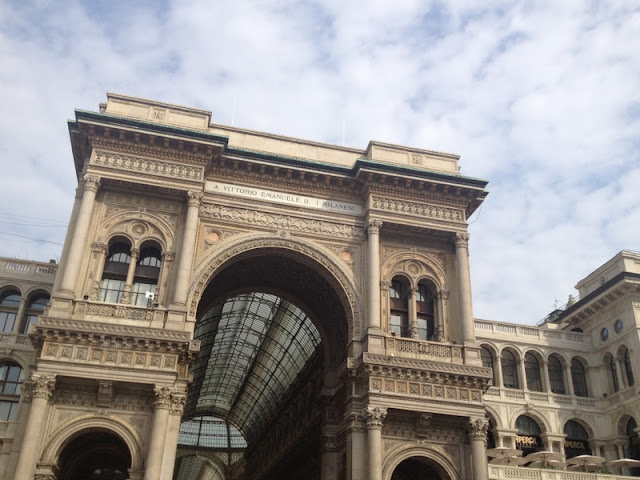 {galleria vittorio emanuel, home to some of milan's most expensive stores} 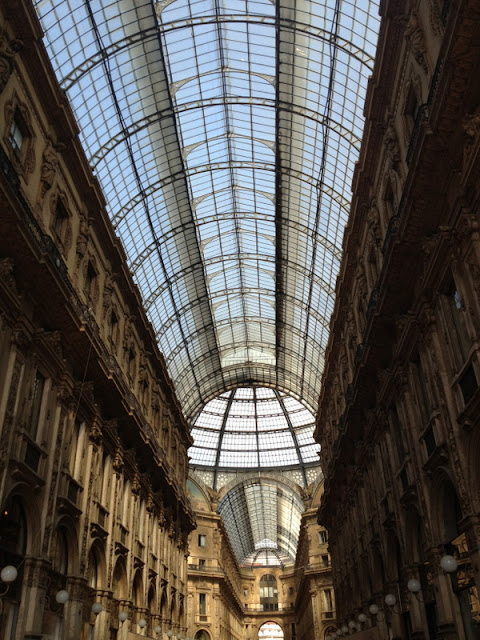 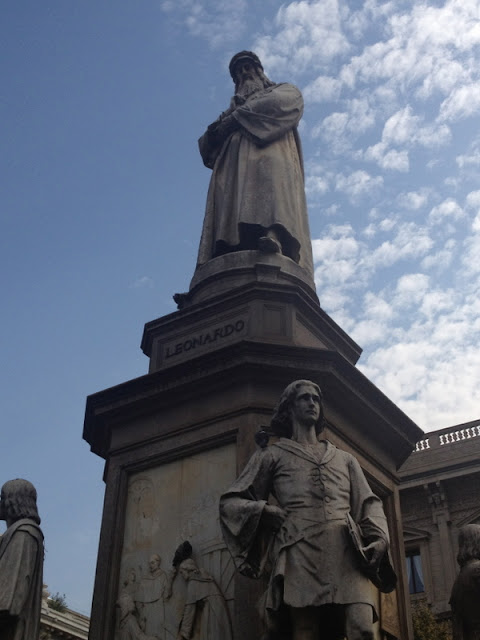 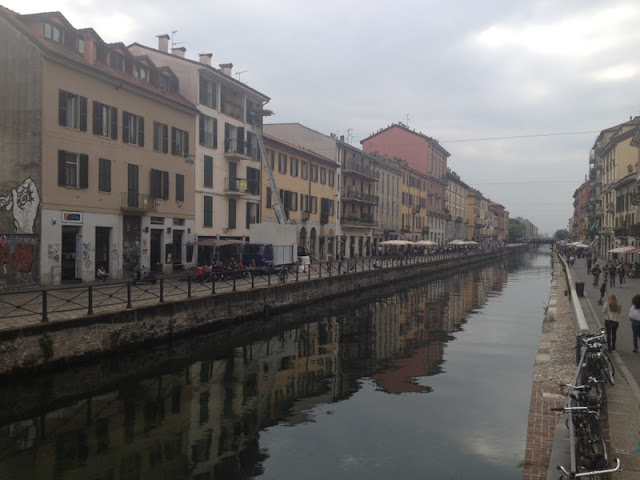 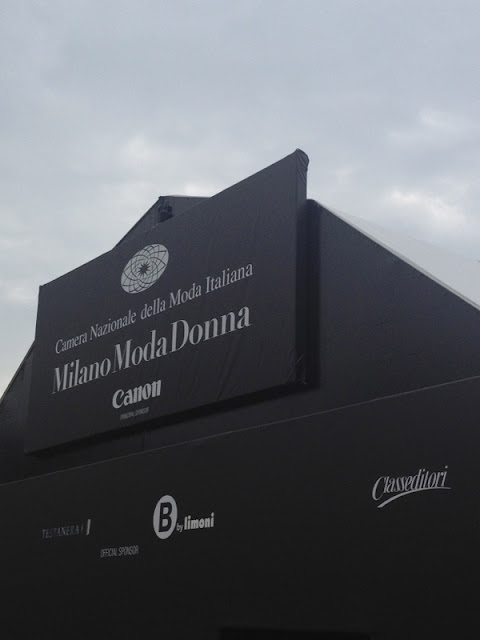 {our only glimpse of fashion week} 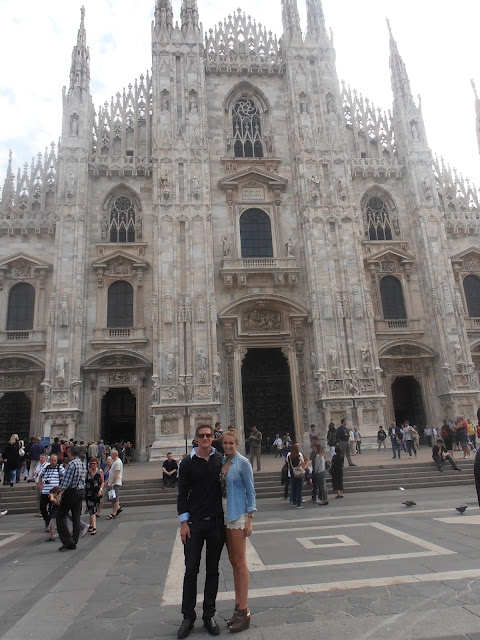 this weekend in italia, we chose to travel to the fashion & finance capital of europe, milan! while our trip was originally inspired by a desire to go to the city during fashion week, it ended up being more focused on seeing the sights. after taking a two hour train ride, we arrived in the heart of the bustling and crowded city. it was extremely different from torino, from the size of the city to the mass of people around every turn. we embraced the city as best we could, and set off to see what it had to offer. 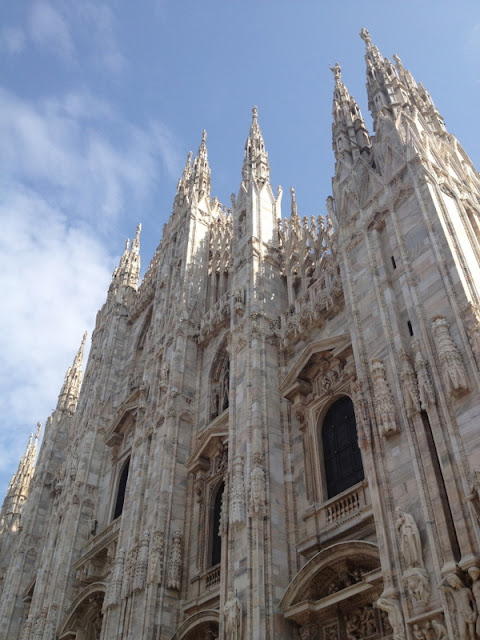 our first stop off the metro was il Duomo, which is milan's most prominent attraction. the cathedral was absoutely gorgeous, laden with reliefs and statues across its entire face. it was a perfect example of pristine gothic architecture.

after spending time in awe of the Duomo, we stumbled upon the Sforza Castle. built in the 1600s, it now houses over 5 museums including ancient egyptian exhibits as well as renaissance sculpture. the most prestigious piece in their largest museum was Rondanini Pieta, which was Michelangelo's last unfinished work. 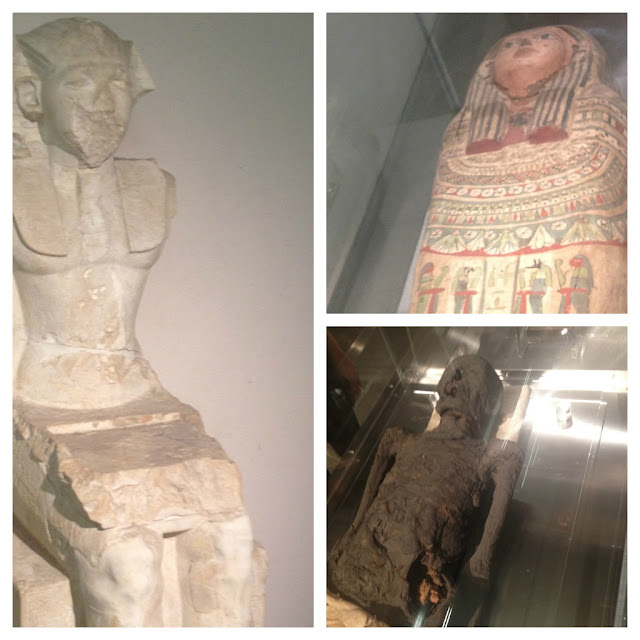 {the sculpture on the far right is Rondanini Pieta} 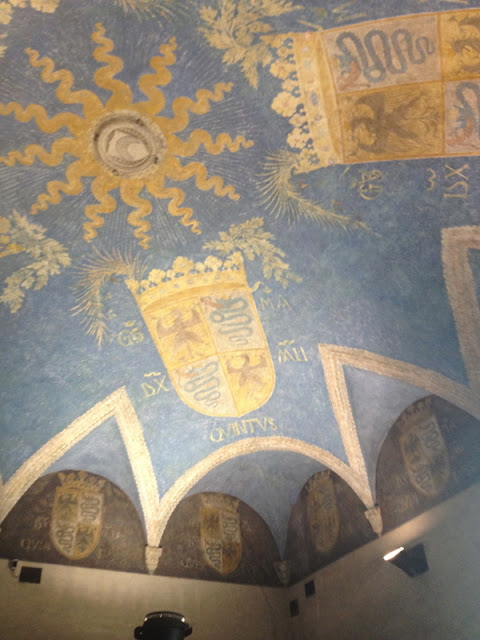 {one of the many adorned ceilings in the museum}

in my quest to be italian and look appropriate for the capital of fashion, i chose to wear a new pair of wedges. now, in retrospect, this will never EVER be happening again. by the end of our 12 hour day, my ankles had given out on me three times. cobblestone streets and tired feet are not a good match.... but, in the spirit of fashion, i embraced the old adage "beauty knows no pain" and managed to make it home still wearing my wedges. 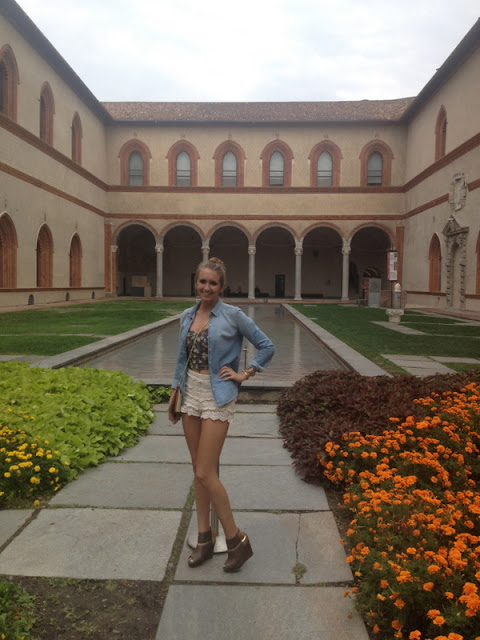 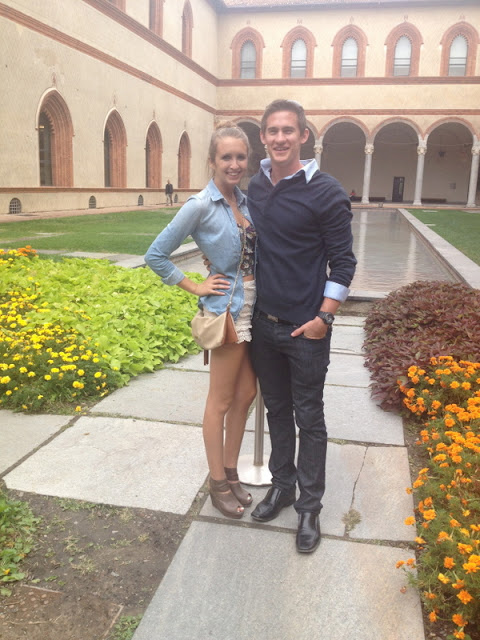 next weekend, elliot & i are off to the beautiful italian riveria to see portofino, santa margherita ligure, and cinque terre!
however, a storm has just moved into our northern region, and it looks like it will be raining all of this week. fingers crossed that it lightens up for the weekend.. otherwise, we might be bundling up for the riviera!
until next time lovelies, enjoy your week!